Top 15 Anime Movies of All Time You Should See

Looking for great anime movies to quench your thirst for entertainment? Explore the list of the best animated movies of all time that are completely worth watching in 2021.

While many people believe that Anime is just Japanese cartoons, that's not true. Ask any anime fan and he/she'll tell you how mesmerizing and fun anime movies can be.

In this article, we are going to share some of the best-animated movies that you can watch in 2021 to enjoy some unique entertainment sessions. So, without any further ado, let's get started.

Part 1 Let's Review the Most Popular 15 Anime Films Ever: Grab the Popcorn!

1. Grave of the Fireflies 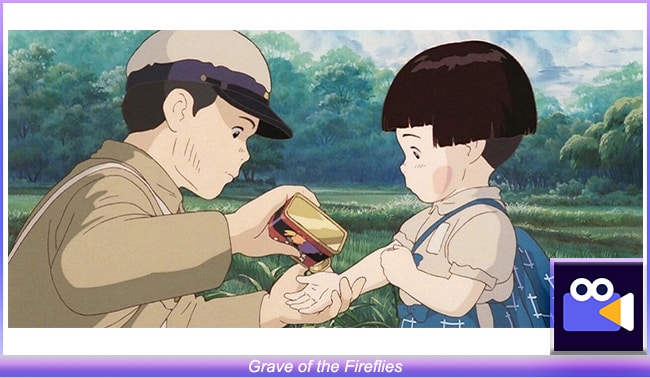 Released in 1988, Grave of the Fireflies is one of the most popular anime of all time. The movie shows hope and the strong bond of two siblings who only have each other after the devastating firebombing in their hometown.

It showcases how the family is most important.

Explains how fragile human life can be.

The storyline is interactive.

"It is a beautifully constructed animation."

"This movie seriously deserves all the credit and recognition it gets, a heartbreaking and honest story." 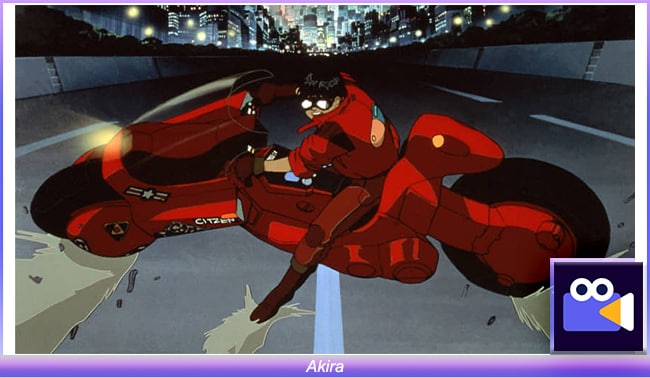 What would you do if a gang of bikers has turned into psychopaths and has started to terrorize the entire town? Well, unless you're a superhero, you'd probably run for your life and try to escape the city. That's what's happening in the 1988 thriller - Akira.

The perfect storyline for a sci-fi movie.

Visuals and animations are compelling.

Showcases how unexpected events can occur.

"Akira is by far the best anime film I've seen till now. It was so captivating, fast‑paced, and jam‑packed with action that I never realized how quickly 2 hours flew by." 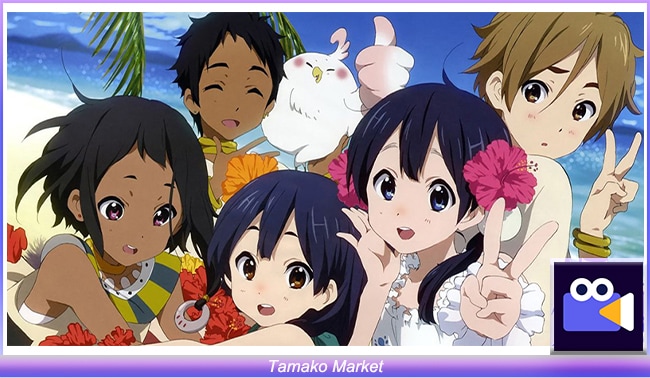 If you're not a fan of sad anime movies and want to watch something funny or romantic, Tamako Market is one of the best choices. The movie revolves around two characters - Mochizo and Tamako - a young couple who are deeply in love with each other.

One of the best slice-of-life movies.

A great choice for beginners who aren't familiar with the sci-fi world of animes.

"This sickeningly adorable anime tugs at the heartstrings in some unexpected ways. The animation is lovely, and the show addresses some rather deep subjects in a healthy, non-trope way while remaining upbeat." 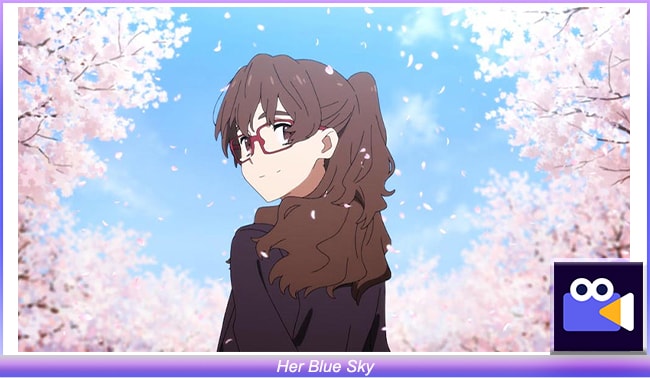 Her Blue Sky is one of the latest and top animated movies that was released in 2019. It's a decent fantasy movie that'll be perfect for anyone who wants to watch a simple 2-hour movie. The movie is based on the love story of Akane and her boyfriend Shinno.

The realistic storyline with a touch of the fantasy world.

A great movie that showcases the power of dreams and hope.

"This movie has some unique, yet emotionally captivating, theme: that shows what we risk growing apart and losing ourselves as we grow up."

5. Ghost in the Shell 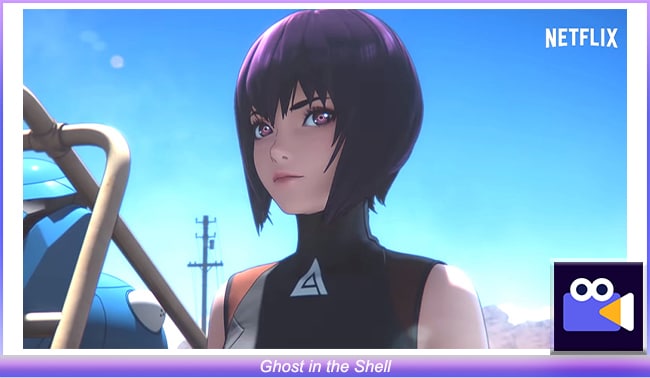 There's no denying the fact that Ghost in the Shell is one of the best animated movies of all time. Many people don't know, but this movie was the reason why we go to see classics such as The Matrix. The story revolves around a cyborg policewoman whose job is to catch a hacker who goes by the name - The Puppet Master.

The perfect example of a cult classic in the anime world.

There's also a sequel to Ghost in the Shell that's also worth watching.

"This is an amazing fun Sci‑fi movie and I watched it when it first came out and I loved the colorful concept of this movie." 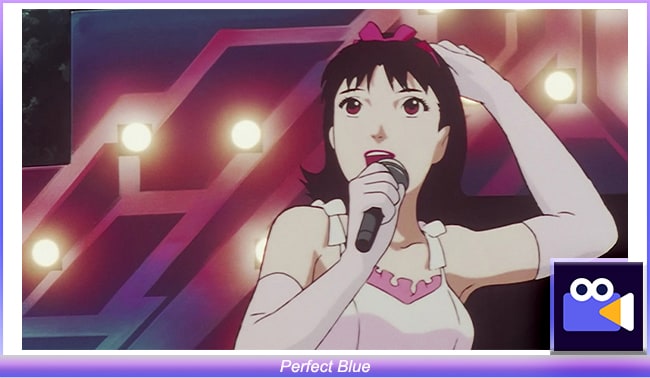 Perfect Blue is yet another popular anime movie that was released in 1997. The movie showcases the story of a retired pop star who - despite leaving the acting world - continues to get haunted by the demons from his past.

Perfect Blue is one of the best realistic anime movies.

A great choice for people who are looking for a one-time movie.

"This movie is an ABSOLUTE masterpiece and I am not exaggerating when I say it."

7. In This Corner of the World 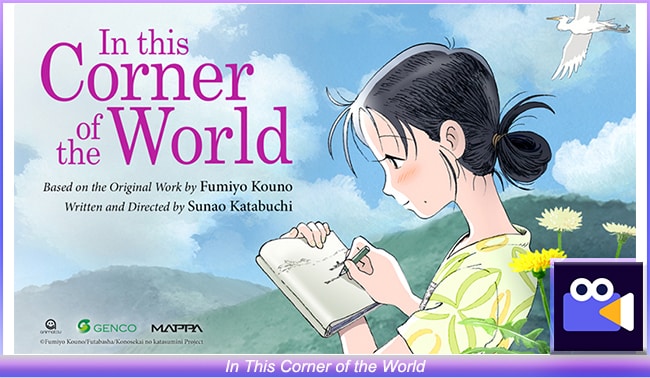 In This Corner of the World is a manga-inspired movie that's based on the manga series that was released between 2007-2009. The movie is based on the aftereffects of the atomic bomb that was dropped in Hiroshima during World War II. Suzu, the protagonist, survives the atomic bomb attack but continues to struggle with his life as his hometown burns down to the ashes.

Effectively explains how terrorizing wars can be.

Good choice for viewers who want to know more about Word War II.

"I mean I know the potential of anime, but I can't comprehend the fact that a piece of art can transcend into so many emotions" 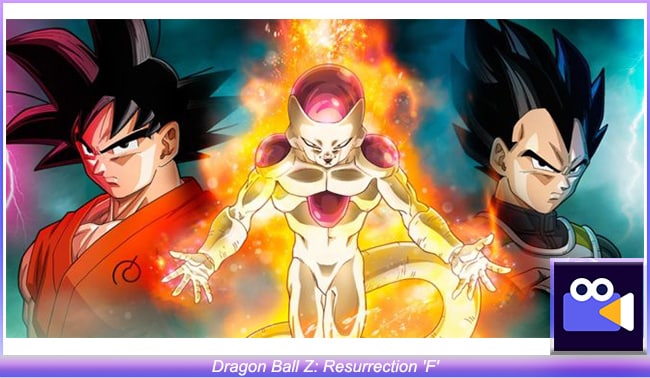 If you're a 90s kid, the movie will seem nostalgic.

The movie introduces new characters with their storylines.

"Blue was the most amazing moment of this movie. Everybody was given a moment of their desperate struggle. This was the best movie back I watch." 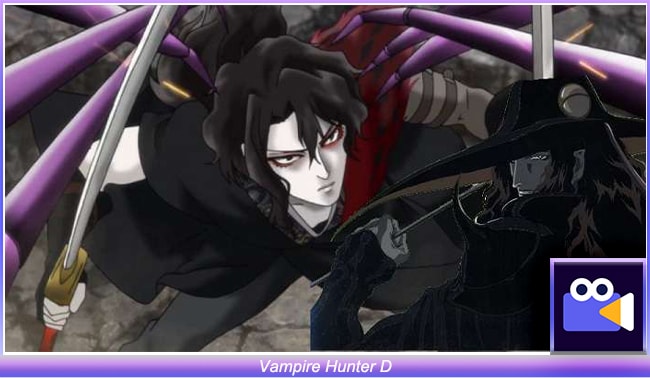 Vampire Hunter D is yet another animated movie that sets apart in the post-apocalyptic world. However, unlike any other movie that you've watched, this one comes with a surprise element, i.e., Vampires.

The perfect combination of sci-fi and horror.

The movie has one of the most appealing storylines of all time.

"Vampire Hunter D is the best example of such storytelling that I have seen in any recent fantasy piece (animated and non)." 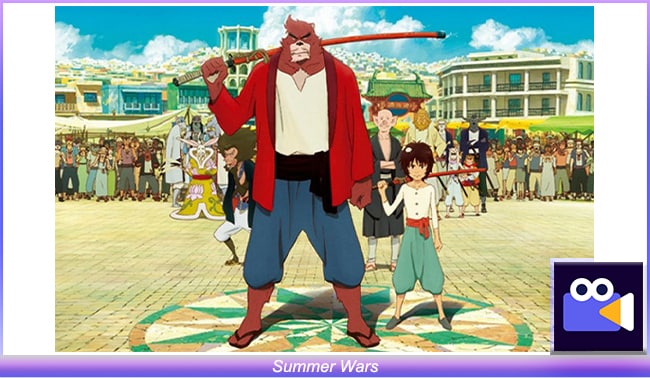 Summer Wars is a 2009 animated movie that perfectly describes ancient Japanese culture. If you want to get a detailed insight into the Japanese world, Summer Wars could be a decent choice. The movie revolves around the story of two high school friends, who visit their family home where the people still appreciate the ancient culture.

The perfect blend of fantasy and science fiction.

Great choice if you're looking for a family movie.

"I like this movie. I can watch it many times and not get bored of it. Its style is simple, amazing fight scenes, and it has exciting moments." 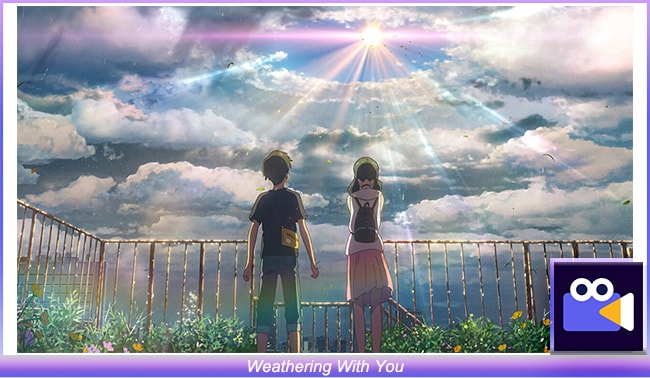 Weathering With You is another top animated movie that garnered huge success in a short period. The movie was released in 2019 and showcases the story of two young characters - Hodaka and Hina.

A decent slice of life movie you can watch with friends and family.

Showcases how helping other people is the greatest deed in one's life.

"This movie exceeded every expectation I could have had going in. My friend and I couldn't stop talking about it for over an hour afterward." 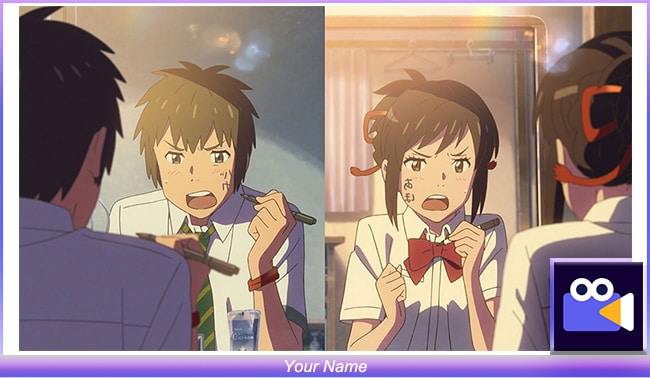 Your Name is one of the best-animated movies that are inspired by a novel. The movie was released in 2016 and within a few months, it gained massive success - both commercially and critically.

Your Name is one of the highest-grossing animated movies of all time.

With the story unfolding, you'll see how different life can be in two different corners of the country.

"No matter how many people call this movie overrated, this movie remains one of my favorite movies of all time."

"This movie explains why I have a nostalgic feeling of a place." 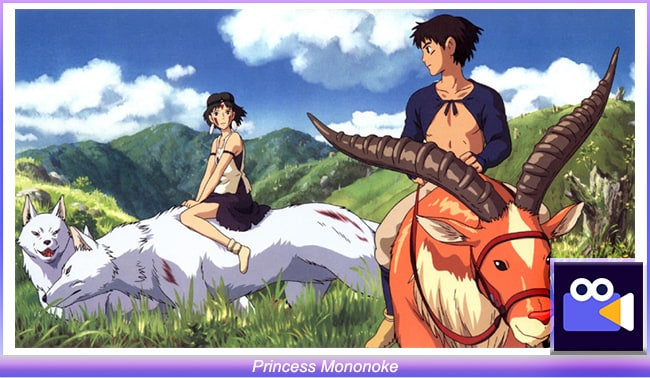 Princess Mononoke is a 90's animated movie that gained massive success at the time and became a cult classic instantly. One of the major reasons behind the movie's incredible success was its well-thought storyline.

Incredible animation and great emotional connection.
Princess Mononoke is a perfect choice if you want to watch a fantasy movie.

"Princess Mononoke is a film that everyone needs to see. I'm not going to say that every detail in this film was perfect but there are so many things about this movie that makes it special and unique." 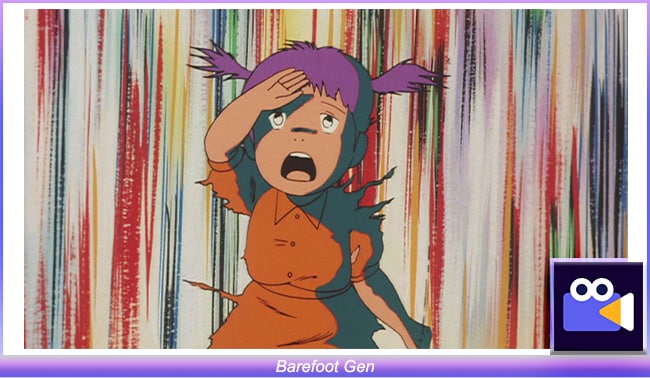 Barefoot Gen is yet another popular animated movie that showcases the aftereffects of the Hiroshima incident. However, in this case, we get to see the story through a six-year-old kid who tries to regain his lost childhood when the entire country is going through war.

The movie showcases mixed emotions of helplessness and tragedy.

Despite being one of the sad animated movies, Barefoot Gen will keep you engaged throughout.

"If you want to have a great combo of hope, sadness, and a little comedy then this would be a great movie for you."

"A great War Movie. Filled with so many emotions."

15. The Girl Who Leapt Through Time 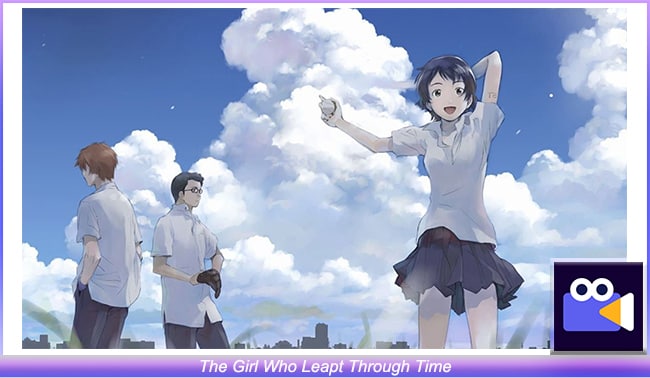 The Girl Who Leapt Through Time is a decent fantasy movie that you can watch and enjoy a great entertainment session. The movie is based on a novel that goes by the same name - however, the storyline in the movie is slightly different.

One of the best combinations of fantasy and romance.

Quite interesting due to its completely different storyline

"This is seriously a good movie with very well-developed characters, awesome animation, and a solid story based upon a book by the same name."

Apart from the above-mentioned 15 anime movies, several movies are going to be released this year. 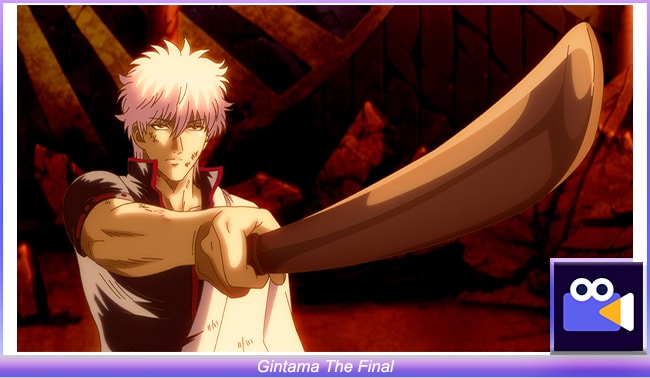 Gintama: The Final will be a story about Gintoki Sakata, a talented Samurai warrior. As the name implies, this movie may be the last addition to the Gintama series. 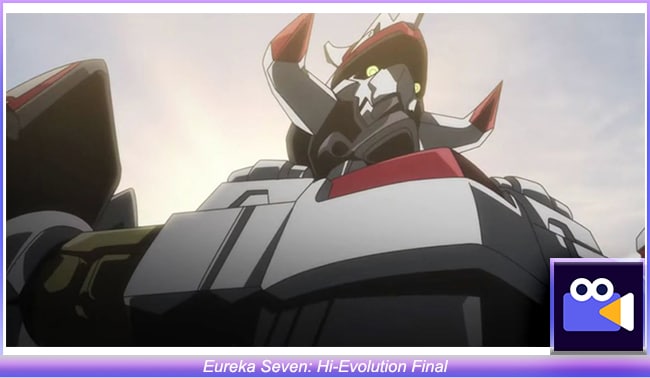 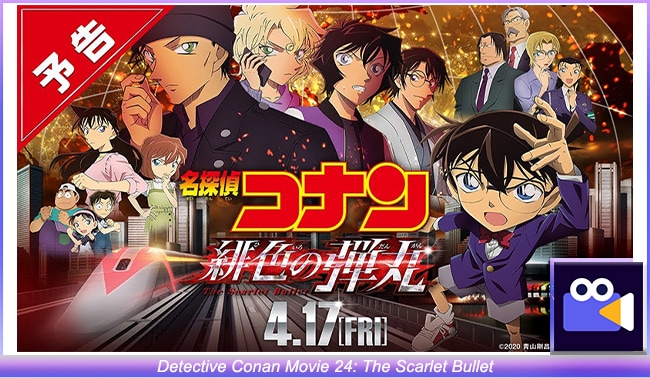 People who have been watching the Detective Conan movies since the beginning are probably waiting for this 24th edition of the series. 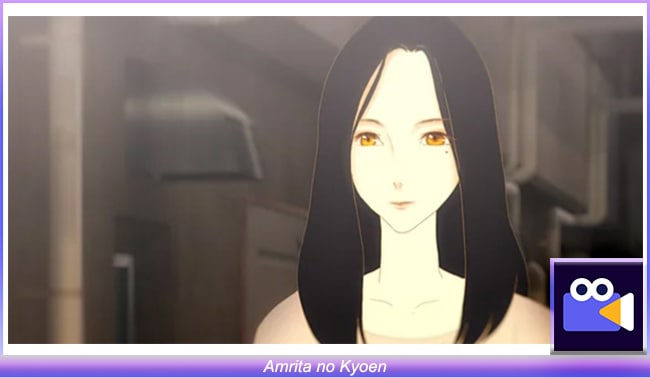 Amrita no Kyoen will be one of the best animated movies in the horror genre in 2021. According to the trailer, Tamaki, a high-school girl will come across different unfamiliar creatures as she'll wander through the school building alone. 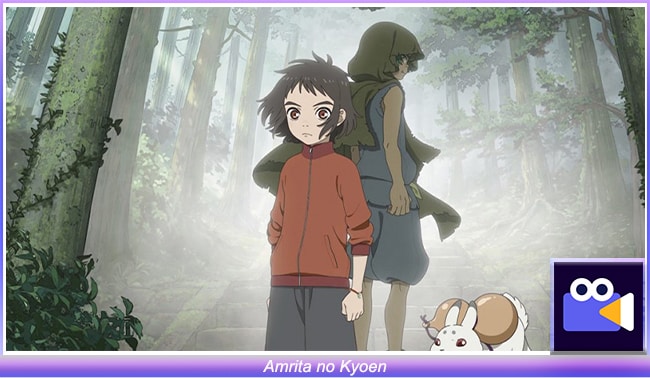 Want to know about the Kamiari myth and its tradition? Make sure to watch the upcoming anime movie Kamiari no Kodomo where Kanna- - the leading protagonist - will explore multiple stories related to the Kamiari myth.

●  Almost every anime movie has a unique storyline that makes them worth watching.

●  Since many animes are inspired by respective mangas, you'll always continue to see more and more entertaining animes.

●  Animes explore a wide range of genres, which brings diversity to the table.