There are two types of tracks: Scene Track and Audio Track.

The scene track contains the Main Track and Modified Tracks. There is only one main track, also called the background track, which is located at the bottom of the scene track. Multiple modified tracks can be added. 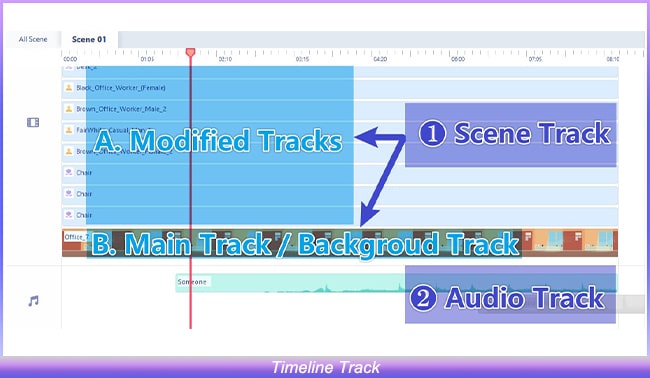 You can switch between the single scene timeline and the global timeline through the "All Scene/Scene 01/02/03…" switch in the upper left corner of the timeline. 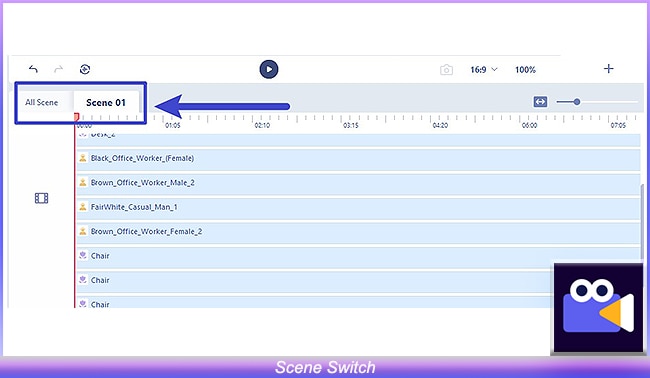 If you turn on the single scene timeline mode, the timeline area will only edit the materials in the current scene, helping you eliminate interference and focus on the storyboard of a single scene. 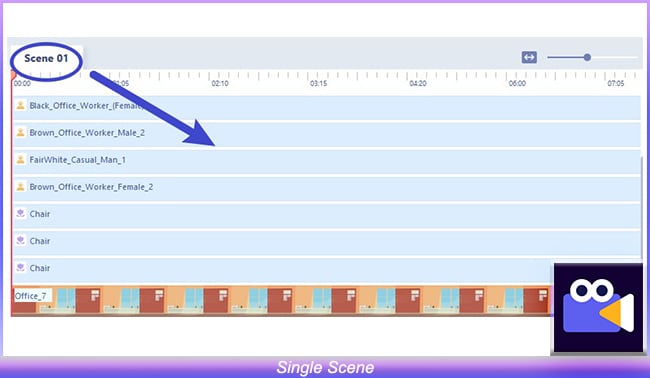 If you turn on the global timeline mode, the timeline area will display the entire project, which is convenient for overall editing and global control of the video. 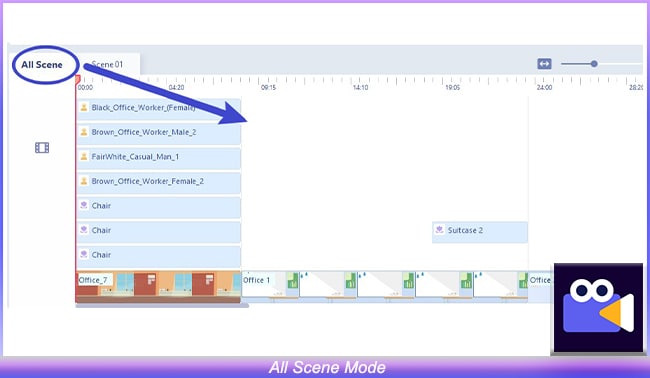 In global scene mode, you can zoom to adjust the minimum one screen to 1s.

In single scene mode, you can zoom to adjust the minimum one screen to 1s.

The following basic operations can be performed on the timeline:

C Clip Adding: Drag the audio in the resource area to the timeline audio track.

C Clip Delete: You can click "Delete" in the right-click menu or directly use keyboard shortcuts. 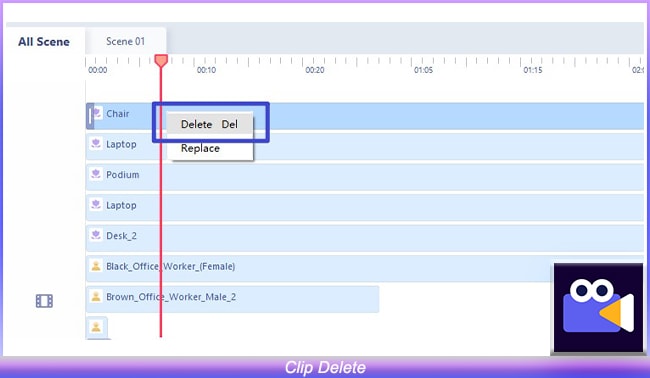 C Clip Replacement: Right-click clip and select "Replace" to replace the same type of material. The duration before and after the replacement is equal. 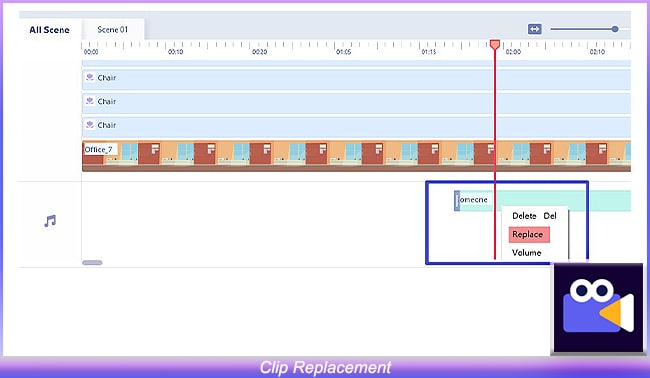 A. In single scene timeline mode

C Editing of TTS Audio Clip: Right-click the TTS audio clip and click "Text-To-Speech" to jump to the TTS window for editing. 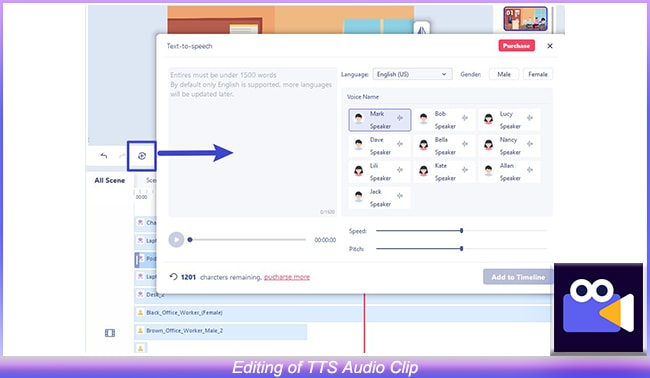 ❹ Audio Fade in and Fade out

Adding a fade-in and fade-out on your audio can help set the tone for your video. Fading audio in and out in Anireel 1.3 is quick and convenient.

1. Locate the audio clip in the timeline that you want to fade. Suspended over the audio to be faded. Hover near the top at the start or end of an audio clip to show the Fade Editing Tool

2. Hover at the start or end of an audio waveform, left-click and drag to the right from the start of the clip, or to the left from the end of the clip to create a fade in or out.

Note: When you trim a clip that has a fade applied, the original fade length is preserved.

3. If you want to edit the length of a fade, hover over the fade boundary marker icon, moving the icon left to right to increase or decrease the fade on your video, same at the end to fade out.

A deep layout and linear appears at the left side of the lane in the audio wave bar, identifying the fade area.

Fade In ① begins with silence and gradually becomes louder until full volume.

Fade Out ② makes audio progressively softer until it can no longer be heard.