“Script to Animation” Helps You Get Creative Animation Ideas

Part 1 What is an Animation Script?

An animation script is a written text of an animation. It contains the animated video's dialogue, characters, setting, and stage directions. Simply put, it is a written version of what is finally seen and heard on screen.

An animated video is an excellent way to connect with audiences in a simple yet engaging way. However, creating an effective animation script can prove challenging. That said, here are five important points to keep in mind when writing a script for an animated video:

A good script doesn't require complex language. Use common everyday words and avoid jargon to make your video as easy to understand as possible. Ideally, you want viewers to easily grasp the content, even if they’re unfamiliar with the video's topic.

Short sentences are easy to read. Viewers also find short dialogue easier to follow and understand than long dialogue. If your script contains long sentences, try and shorten them. Ideally, try and keep most sentences at 25 words or less. However, try and vary sentence length to keep things interesting.

Conversational dialogue comes across as natural. When writing your script, write as if you are talking to your audience so that your animated video connects with your audience.

The average human attention span is roughly 8 seconds. Therefore, if you want audiences to watch your animated video to the end, try and keep your script as short as possible.

While it isn't always necessary, inject some humor into your script where you can. Adding humor can keep your audience engaged, and it can also help viewers retain information better.

Part 3 Convert Your Script Into an Animation

Once you've written your script, you can easily convert it into an animation using a script to animation video converter.

Follow these steps to convert your script to an animation using Anireel:

Select Script-to-Animation on the welcome window. 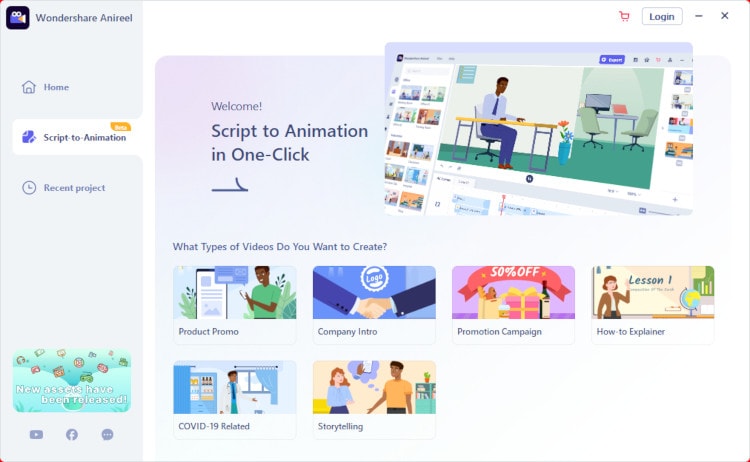 Select the type of video you want to create and click on the Use this Script button in the pop-up window that opens. In the image below, we selected the Product Promo video. 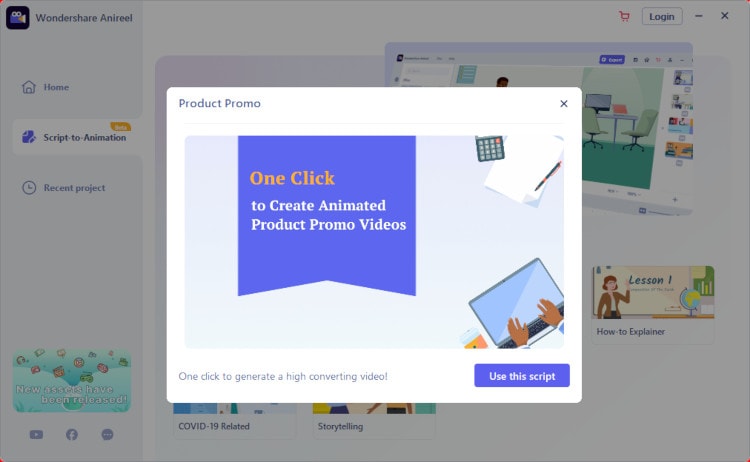 In the new window that opens, fill in your script details and click on the Generate button in the top right-hand corner to generate your animation. 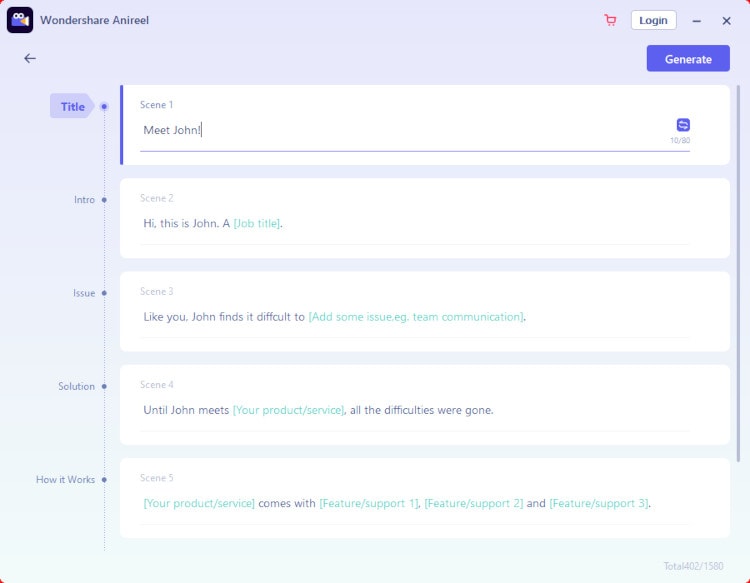 Anireel will then intelligently populate your script with appropriate scenes, props, characters, and a voiceover. It's that simple!

An animated video is an excellent way to convey your message in a simple way. However, before using a script to animation video software like Anireel, prepare a well-written script to ensure you make an engaging video that connects with your audience.