Get along with the viral Cartoon filter challenge on Facebook with your animated selves. Use Anireel by Wondershare to stay ahead on the Animation and be better than others.

Anime has always been a popular means of entertainment among people, especially the kids and the Youth. Originally from Japan, it has garnered a huge fan following across the world over the years by expanding into contemporary and other genres as well. 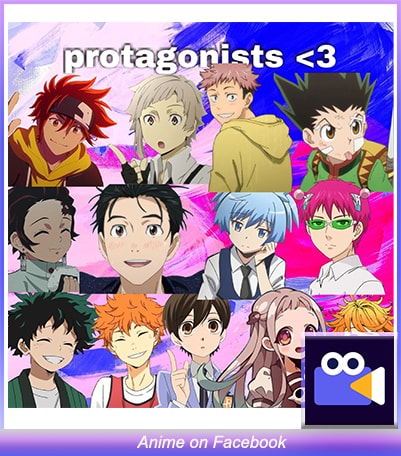 Now, as people are searching for new ways to watch it, here's a tip for watching some free Anime on Facebook.

01 How to Use the Anime App on Facebook
02 How to Watch Anime on Facebook for Free
03 How to Do the Cartoon Filter Challenge – Animate Your Profile Pic with Anireel!

Part 1 How to Use the Anime App on Facebook

Facebook has become an underdog app these days and not many of the viral movements happen on it. They have shifted their active base on social interaction and creation apps like Instagram, TikTok, etc.

The featured filter will produce at least three versions of the user's profile picture in 3D animations that can be used as the new image. The challenge thus becomes pretty simple and can be completed in some basic steps.

All that needs to be done is download an application known as Voila Al Artist Cartoon Photo. After downloading the application open it and click on "3D cartoon".

Part 2 How to Watch Anime on Facebook for Free

Watching anime has become one of the favorite pastimes for many. While many of the programs and channels may not be available in many countries, people can always use anime facebook for watching some of the best anime series for free. Here are three steps that will help in browsing anime content for free.

Step3Select the Filter for Videos

Go on the search bar, type Anime series/videos/episodes. In the subsequent results that show up, select the filter for videos. In the resultant list, select your favorite anime video or series to watch.

2. Top 5 groups for watching and discussing anime on Facebook

As a social media platform, Facebook provides way more options to anything that people can find out. It is one of the only and best places to form fan communities, groups and engage in a conversation regarding the same.

This is a group mainly dedicated to Posts that are related to Anime Expo, which is a great event for anime fans. In this event, there are various announcements made for upcoming anime series, sequels, and continuations.

This is another one of the groups famous for its meme postings. While the group remains moderately active, the content is surely eye-catching and is one to keep a lookout for. Because of the lesser number of members and activities, posts can be missed or hit which is why it is necessary to keep the notifications on and have an eye on the fun.

One Piece – One Million Fans

The name is itself enough to clarify the fandom strength and the orientation of the available content. One piece is one of the largest, hugely followed, and longest-running anime and manga series.

Well, this is another group with a smaller frequency and load of postings, unlike many others that are present on the list. But it does manage to get a healthy amount of reactions on it for its content and postings.

Part 3 How to Do the Cartoon Filter Challenge – Animate Your Profile Pic with Anireel!

Wondershare Aniree is one of the easiest, funky as well as professional platforms for creating, editing, and transforming animated videos, images, and other such elements. It has one of the smoothest and fastest interfaces to allow experimentation and customization with video elements and their transformation into the most perfected versions of animations.

As a creative tool and platform, Anireel has a lot to offer to the users and professional creators be it in the sphere of videography or pictures and other aspects of business and educational presentations. Here are some of its prominent features.

Key Findings From The Article

● Facebook as a primary social media platform has these days become a host of the popular challenge, after a very long time.

● Anime cartoons are having huge popularity and fan following all around the world. This is why the challenge is becoming viral everywhere.

● 3. There is another easy way of completing the Cartoon Filter Challenge with Wondershare's Anireel platform.