The Secrets behind Adobe Animate

Would it be wise to choose adobe animation software? This article discusses the adobe animate to help you choose wisely.

If you plan to venture into the creative world, Adobe Animate can be a great companion. Just like any other product from the Adobe brand, it is worth considering, no doubt.

Nevertheless, there are secrets behind this adobe animation software. This adobe animate tutorial unveils them and without further ado, let's get started.

01 How is Adobe Animate Currently Being Used?
02 Pros and Cons of Adobe Animate (formerly Flash) 2021
03 How Adobe Flash Fell to the Brink of Obscurity and Why It's Worth Saving
04 Any New Tools/new Trends That Can Be Recommended to Experience?

Part 1 How is Adobe Animate Currently Being Used?

Adobe Animate is being used in various ways. It has proven to be one of the best options when it comes to creating multiple cartoons. It is ideal for puppet animation comprising of character rigging, which doesn't require redrawing.

Another significant usage of the adobe animation software is creating limited animation, which includes swapping individual characters, not forgetting frame-by-frame, especially the hand-drawn ones.

One must say that some things have changed ever since it changed from Adobe Flash to Animate. Back in the day, it was only suitable for web animation. However, that has changed since people also use it for creating YouTube content. Excellent examples of YouTubers who have embraced Adobe Animate include Alan Becker, TheOdd1sOut, and Jaiden Animation. 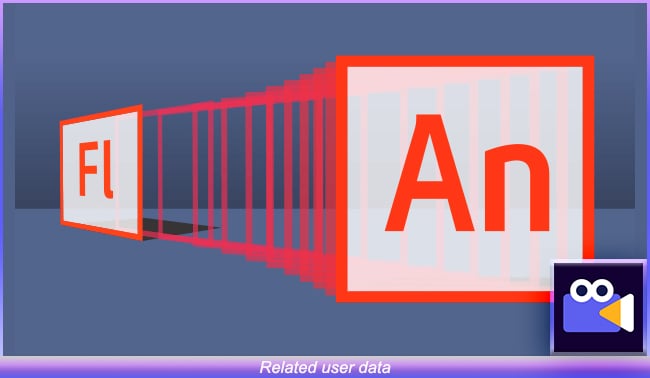 Adobe Animate usage keeps fluctuating, most likely due to the upcoming alternatives being better at some things than this adobe animation software. Here is a summary of a few aspects. 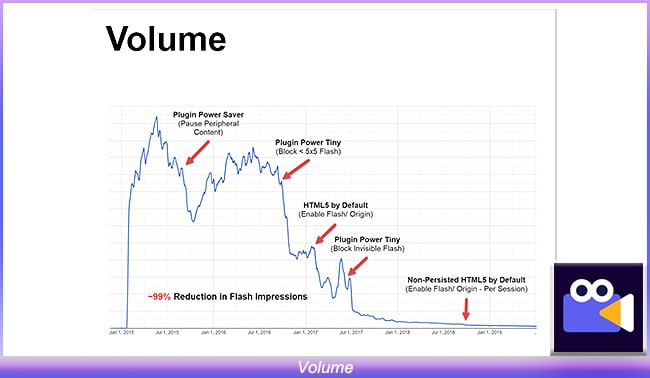 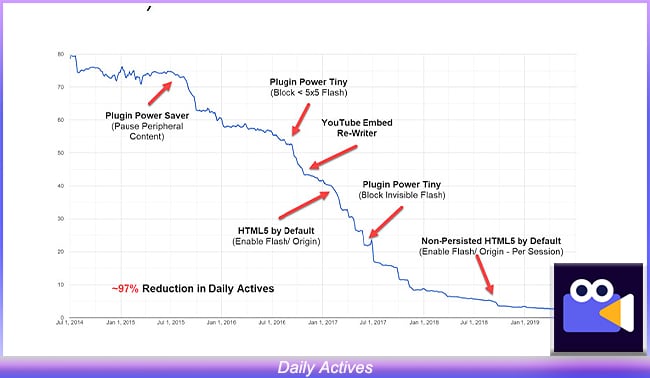 Handle both simple and complex projects.

It functions across various platforms.

Easily integrate it with other remarkable Adobe programs.

The interface is intuitive and responsive hence easy to use.

It is RAM intensive besides draining the battery significantly

Updates often pop up usually when working on a project, leading to a shutdown. Restarting takes much time, and that's something precious you can't afford to lose.

Its 3D functionality is limited.

It can be slow, especially when handling a heavy program.

The popularity of Adobe Flash is no longer as immense as it used to be in the beginning. How can such a thing happen? The stories differ from one product to the other, and that of Adobe Animate is sad. Let's take a glance at some of the reasons for this sad fate.

The reason why Adobe Flash has fallen to the brink of obscurity is resistance to change. Did you know that some issues people face when using the Flash have existed for approximately a decade? Under such circumstances, it would be frustrating to use the animation tool repeatedly, only to be disappointed. 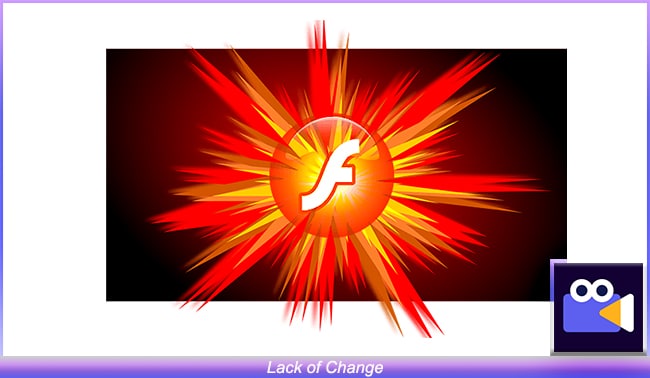 Its issues as far as compatibility are concerned are also alarming. As everything seems to be changing, Adobe Flash again chooses a different path. There is a high rise in the usage of mobile devices and websites. Consequently, individuals and companies are moving towards them to take advantage of this trend. Unfortunately, they have been forced to choose between Adobe Flash and these trends due to the lack of compatibility. In most cases, they have chosen the trends since they can survive without the Adobe Animate, but that can't be said about overlooking mobile devices and websites. 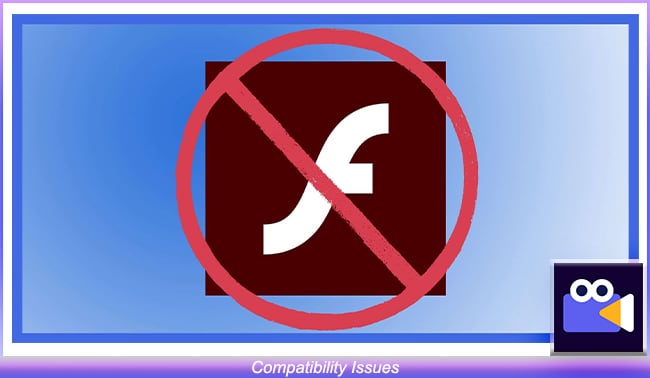 It is no secret that Adobe Flash needs its player. That enough is already a nuisance, and the fact that various browsers require a different plugin configuration makes the situation even worse. Imagine having to configure every browser you need to use. Besides being time-consuming, it also slows down the performance and makes it vulnerable to cyberattacks. 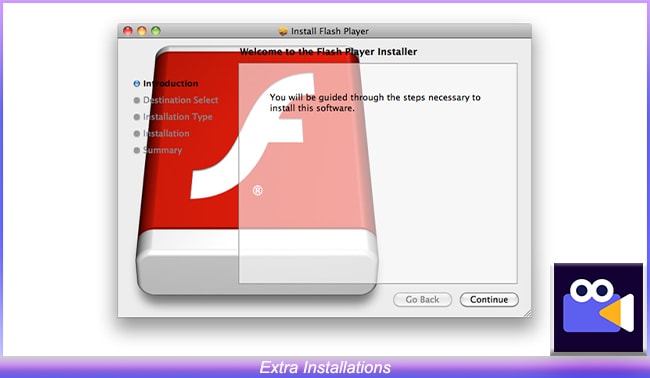 Security is already hard to achieve as it is. Why then would someone want to complicate it further by using an adobe animation software that compromises it? Its track record characterized by security issues, bugs, and malware has seen it fall short of the glory of many users. Hackers have made it one of their most common targets by injecting codes that spread viruses. Some of the common cyberattacks associated with the tool include cross-site scripting and denial-of-service. 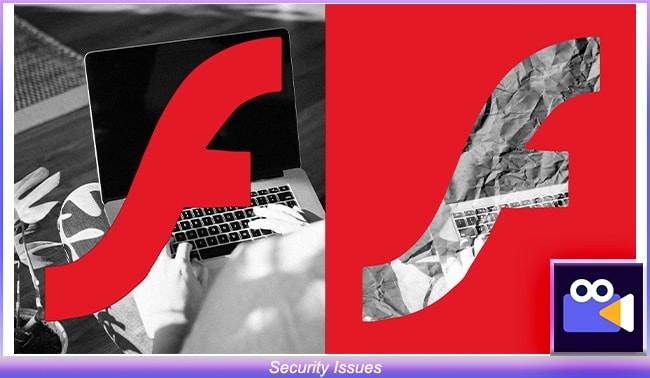 Google has gone a step further to flagging web pages that use Adobe Flash. That's because often, the Flash files aren't displayed well on most devices. If that's to happen to your site, that might disadvantage you since most people avoid such pages. For people who are unwilling to take the risk, the adobe animation software becomes a no-go zone. 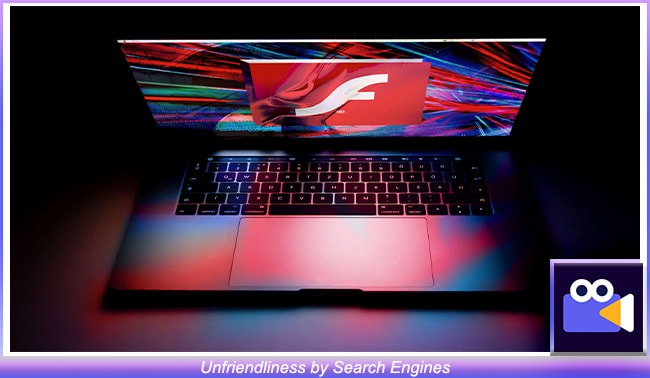 Given the many alternatives way better than Adobe Animate that exist today. Why then withstand frustrations and disappointments, yet the options are quite a number? That's another reason why the adobe animation software isn't as famous as it used to be.

Part 4 Any New Tools/new Trends That Can Be Recommended to Experience?

Unless Adobe Animate decides to embrace change, there will be a problem using them. Compatibility issues will eventually catch up with it. When that happens, you need something that can match its performance, not forgetting to have a tool that doesn't embrace its shortcomings. Any name that comes to your mind when you think of such software? If not, no need to worry because we have what you need.

Wondershare Aniree is an animation software that perfectly fits in the shoes once occupied by the great Adobe Animate before issues caught up with it. For that reason, we highly recommend it, and you can rest assured that your animation experience will never be the same again.

● Now you know the Adobe Animate usage trends, no doubt.

● The Adobe animation software has various features, not forgetting advantages and disadvantages.