8 Guaranteed Ways to Make Anime Streaming Easier for You

If the world of anime is completely new to you, and you're not sure from where to begin an anime streaming service, your search ends here. 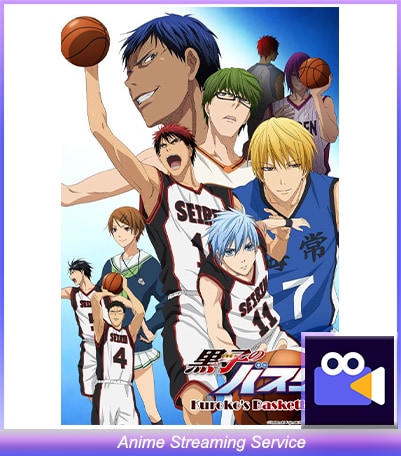 In this comprehensive guide, we'll discuss everything that you need to know for watching the best anime series in a hassle-free way.

Part 1 What is Anime? 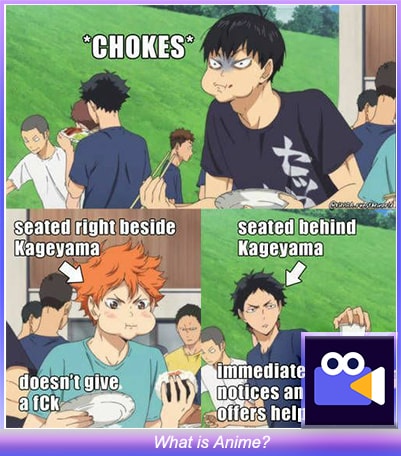 Let's begin with the basics, what exactly is anime? Well, anime can be described as a type of animation characterized by vibrant illustrations paired with incredible characters.

You want to be drenched in emotions of love and romance, classic shoujo anime series is what you need. But, if action-packed drama is what you crave then seinen-based anime is your true calling.

Part 2 What Are the Best Anime Series?

An iconic anime that seldom needs an introduction- Death Note is one of the highest-grossing anime series that follows the life of Light Yagami (the protagonist) who discovers a supernatural notebook that is capable of killing anyone whose name is written on it.

Attack on Titan isn't your usual anime drama. It's about strength, war, and the courage of humanity. The series revolves around Eren Jaeger, a 10-year-old lad who after the assassination of his mother by a Titan, took an oath to seek revenge. Along with his close friends, Armin Arlet and Mikasa, Eren joins the military to win back the territories occupied by Titan.

How would you feel, when you're bestowed with monstrous power to take over the entire universe in a breeze? Happy or satisfied maybe? But, Saitama the protagonist of One Punch Man has a different story to tell.

The entire series of Naruto features two independent installations: Naruto (2002) and Naruto: Shippuden (2007). While both exemplify marvelous animation, but the one that tops the charts even today is Shippuden. It has great music, surreal backgrounds, and of course the heart-wrenching story of Naruto.

Die-hard fan of mecha anime? Here's our pick for you: Fullmetal Alchemist: Brotherhood. A wonderful series that features the life of Elric Brothers who are on a quest to find Philosopher's Stone- a potent alchemy ingredient capable of creating something out of nothing at all, to restore their bodies.

Part 3 How to Choose the Best Anime Streaming Service That Suits You?

Confused about where to watch anime now? Here are 8 guaranteed ways that make anime streaming easy-peasy:

The number one way to stream anime online is Netflix. Ever since its inception in 1997, Netflix has been leading the top-rated anime streaming service with a network across 200 countries.

Make you discover the anime of your choice in no time.

The standard subscription of Netflix is priced at $10 per month and comes with a free 30 days trial.

A platform synonymous with anime streaming, Crunchyroll has been offering unparalleled services to audiences from over 180 countries. Many credits the pop culture of anime across the globe to Crunchyroll itself, as it possesses licenses to some of the finest anime of all time.

Comes with an in-house anime blog.

Crunchyroll is available in two different types of subscription. The standard one is priced at $7.99 per month, while the premium one is $9.99 per month, each having a free trial of 14 days.

Crunchyroll is available in two different types of subscription. The standard one is priced at $7.99 per month, while the premium one is $9.99 per month, each having a free trial of 14 days.

Different from the best, Funimation is the storehouse of animated content. It was this platform that syndicated some of the valuable series such as Pokémon, Beyblade, and Dragon Ball Z to the western audience.

Hulu is where unlimited anime streaming starts. It's a popular video-on-demand service provider that streams thousands of anime including both the classic and record-breaking titles.

Allows you to stream anime offline.

The subscription to Hulu is priced at $5.99 per month, and you also get a 1-month free trial.

Register using your credentials with Hulu and watch content on its official website, TV, or mobile phone too.

We know paying for an anime streaming service can be difficult at times, so does 9Anime- the ultimate website for free anime streaming online. Like most of the leading platforms, 9Anime has an amazing interface and navigation system. Just type the name of the anime, and its advanced searching operations will do the rest.

Comes with a collection of both dubbed and subbed anime.

For streaming anime on 9Anime, you can visit its official website.

Tailored for anime fans who are from New Zealand and Australia, AnimeLab gives access to every popular series that you ever know. Be it My Hero Academia, Death Note, Demon Slayer, or One Punch Man, find them all only here. Also, the platform is compatible with various devices, so that you can stream at a high resolution without any complications.

Has a good library of classic as well as popular anime titles.

Available only to anime fans are residing in Australia and New Zealand.

The subscription of AnimeLab per month is priced at $7.99.

HiDive is another international platform with one of the most affordable subscription packages. However, this ain't a regular anime streaming service provider, rather HiDive takes it to the next notch with a collection of exclusive censored anime content, and amazing quality dub wherein the accent of the character is taken into consideration.

A feature-rich platform with a good number of anime series and movies.

The subscription package of HiDive is only $5 per month, and it also gives an option to bill it annually at $48 per year.

Okay, it might come as surprise for our novel anime fans. But, yes even Amazon is a credible platform to view anime. You can watch some of the best-rated series such as After the Rain, Re: Creators, and Vinland Saga on the fully-fledged platform.

A stellar collection of exclusive anime series, both dubbed and subbed.

Compatible with various devices to ensure that you view anime seamlessly.

High-resolution that one wouldn't find on any other contenders of the list.

Pure love for animation deserves the functionalities of the best anime streaming service that:

● Emerges as the doorway to endless anime titles and series that you always wanted to see.

● Goes easy on the pocket, with affordable subscription packages for everyone.