How to Make Multitrack Anime Videos

Multi-track sound through analog tape recordings has always been a quintessential feature of video making, ever since the 80's.

Now, we have multi track apps that add layers upon layers of audio merged into a single track which gives us the immersive surround-sound effect we all prefer today. Let's get into what's Multi Track and the apps you can use.

Part 1 What Does a Multi-Track Do? 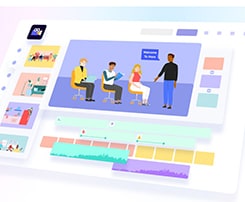 See How Wondershare Anirel Explains What a Multi-track Do

Understanding Multi-Track editing is pretty straightforward. It is a technique that is viable for audio and visual editing. Most importantly, it helps organize all types of media together from video clips, background music, voice-overs and so much more. Multi-tracking is exceptionally helpful because of the freedom of working with multimedia files.

Here are some of the best Multi-Track Video recording apps which are absolutely free.

iMovie is Apple's very own, free-to-download film editing tool. Many may consider it to be archaic in terms of its features but it is highly viable for amateur as well as professional multi track video editing.

Kinemaster is yet another multi-track video editor that can be downloaded on both iOS and Android. Its simplistic interface easily enables you to edit videos and audio, add titles, captions as well as logos.

The VN Video Editor Maker VlogNow has an impressive interface that has both a Beginner and Pro touch to it. The design is both simplistic and worthy enough for a pro desktop editor. The app is fully integrated for both iOS and Android. 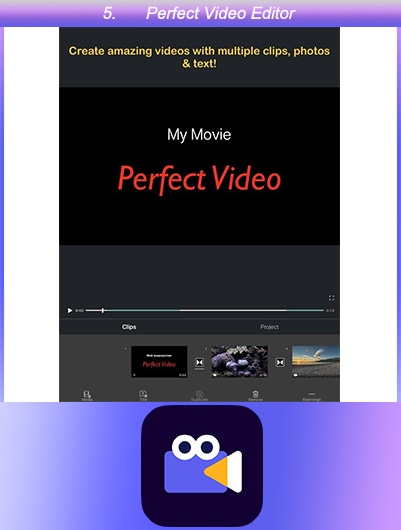 There are plenty of benefits to having a simplistic interface at your disposal and a split-screen video editing app like Perfect Video Editor is just the right example. You can edit videos in almost any aspect ratio hence avoiding the need to be choosy with which platform you upload your clips to.

Your phone is practically an audio recording studio with the right app. It's true that you aren't always in a position to replicate studio-quality recording.

It's not another average mobile recorder as Bandlab is specially designed for whole band setups. There lies a 12 track mixer on which beginners can experiment with a plethora of audio samples.

Whoever is familiar with the Dolby Brand will know that this name has been around for more than a decade and has given excellent output in terms of sound.

There are a bunch of presentation utilities in multi-track animated videos. You can create reels, presentations, up-loadable content with more than enough options to try out. Wondershare Aniree is one such site that is simple and convenient enough to operate, provides effective animation editing features including porting pictures and videos.

The pricing is also quite competitive in the market for animated software services. The drag and drop feature enables adding characters, actions, texts, and even audio in the simplest ways. You can turn your script into an animated video by just inputting content that instantly matches the script.

● Multi track mixing and editing has become even more simplified with mobile technology becoming smarter and more efficient every day.

● You can create praise worthy content from just your portable pocket studios.

● There are multitudes of apps out there but not all of them are equally equipped hence scope out your options, hope this article was helpful.