Do you want to understand script meaning and the process of creating one? If nodding, this is a fantastic article with tips to take script writing to a whole new level. Read on!

As much as video marketing is an effective method, the script you write also plays a significant role in determining whether you will enjoy all its benefits or not. 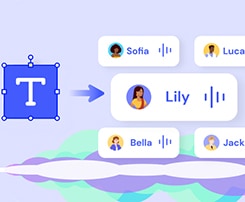 As much as video marketing is an effective method, the script you write also plays a significant role in determining whether you will enjoy all its benefits or not.

Part 1 Do You REALLY Know What a Script Is?

Script meaning is something one should understand even before they can start making one. Fortunately, this segment focuses on precisely that. Take a look.

❶ 30 Seconds to Quickly Understanding the Meaning of the Scrip

A video script is a combination of dialogues, scenes, and actions that gives your video a foundation and the blueprint. Equally important, they appear chronologically and define the digital video's flow from the beginning to the end.

❷ How Do You Know When Your Script is ready to Send Out?

Now that what is a script is crystal clear, let's discuss when you should be sure that it is ready. Keep reading to find out.

Use your inner intelligence you assess whether it is ready and look into various aspects of the video script. For example:

Part 2 How to Write a Basic Video Script

Once you decide to write a video script, follow these steps:

The first step towards writing an express script is identifying your audience. After all, it is crucial when it comes to copywriting and marketing. Remember that as you write or market, there is a particular group of people you want to reach out with your videos.

In addition to identifying the audience of your script, choosing its goal is equally important. It is at this stage when you decide where to post your videos. Additionally, you decide at what stage of your marketing campaign that you will introduce the videos. Last but not least, you will also choose the call on the action of that video so that it can convince the viewers to do precisely that after watching the video.

❸ Settle for a central Character

A script example focused on product overview often has few stories but identifying the main person who will do all the talking will make it easy to follow. One of the characters needs to appear on the screen more than the rest, and it is advisable to keep that in mind when creating the video scripts.

❹ Decide why people need to watch the video

You will have to entice people to watch your video to begin with. Your script will surely help by ensuring that it answers the question as soon as the viewer starts watching the video. A single sentence is enough to serve the purpose, and it should appear right at the beginning. It determines whether the viewer will continue watching the video or not. Don't try to be safe by overlooking it because some people find its absence a turn-off.

Part 3 How to Write an Advanced and Funny Video Script?

The previous segment was about creating the map to follow. Now, let's get action.

Are you doing a voiceover planning to combine different visuals cutting to various shots? If the answer is a resounding yes, you can't afford to ignore this step.

Preferably, come up with a table that has two columns. One should contain the visual elements, whereas the other should cover the audio aspects.

❷ Jolt down the Script

What is scripting language? That's the tone and wording of your script to ensure that it conveys the intended message.

It is wise to speak to the audience directly. As much as you are writing the script, remember that no one will read the script. For that reason, write in spoken English so that the audience can resonate with it perfectly. Reading the script out loud will tell you whether you are headed in the right direction.

Shoot the video with the script in mind. If you don't follow it, you might end up conveying the wrong message. At the same time, it will mean that all your efforts will go to waste.

Part 4 How to Transform Scripts to a Real Animation in 1 Minute?

When it becomes to shooting a video, you can always go for real animation. Preferably, use Wondershare Aniree since it is simple to use, effective and fast.

It will ensure that you have an interesting real animation video within a short period. You definitely don't want a video or animation that takes too much of your time. Luckily, that's what Anireel offers, and it saves time and money simultaneously. Therefore, the next time you are working on video scripts, consider it for amazing animation.

● What is a script? That will no longer be a conundrum after our discussion, which discusses the process of making a great video script.

● It also guides you when to know that it is time to share the script with the world.

● Last but not least, you have an effective tool to use for real animation.