How to Create Amazing Animated Videos With Animation Storyboards

Planning is critical to the success of any video you create for your business. Whether you’re creating marketing, explainer or educational videos, creating a storyboard is one of the most critical stages of the planning process. In this guide, we’ll explore what storyboarding is, why animators need storyboards, and how you can create a storyboard for your animated video.

What is a Storyboard?

A storyboard is a graphic organizer that showcases how a video will unfold after each shot. It comprises illustrations or pictures showcasing each shot, notes about each scene, and the words said in each shot. 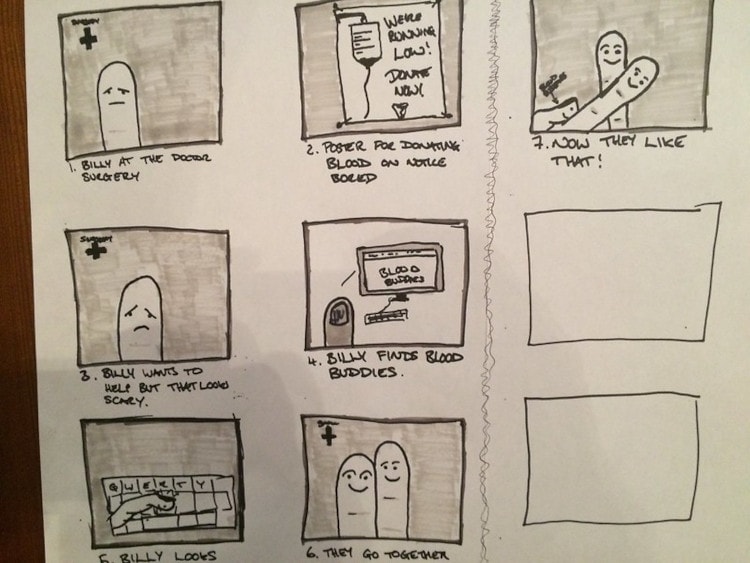 Traditionally, animators and designers have used storyboards to plan out scenes in movies, TV shows, commercials, and video games, but nowadays, businesses also often use them.

Why Do Animators Need a Storyboard?

Creating a storyboard may sound like an unnecessary step in the pre-production process, but it’s a crucial step you shouldn’t skip. Here are four reasons why you should create a storyboard for your animated video.

Storyboarding can make production easier. When you have a graphic representation of each shot, you’ll be able to lay out shots easily during production.

Piecing together a storyboard can take you a considerable amount of time but reduce revisions later. As a result, it can save you time during the production phase. It can also help you determine the best way to tell the story within the allocated time.

While words can give people a rough idea of what your video is about, they aren’t tangible. A storyboard can allow you to give people a vivid image of your video, enabling them to visualize the outcome and understand your idea better.

Storyboarding can allow you to test whether scenes tell a coherent story before the production phase. For example, you can cut out unnecessary scenes or rewrite dialogue if necessary after testing.

How to Create a Storyboard for Your Animated Video

Now that you’re familiar with what storyboarding is and why it’s important for animators, here’s how you can create a storyboard for your animated video.

1. Determine What You Want to Achieve

Next, write down all the ideas you have for the animated video. If you’re part of a team, discuss your various ideas with colleagues to help you identify the best ideas.

Once you’ve come up with several great ideas, create a timeline. A timeline will help you visualize the sequence of events in the animated video. Ideally, your video should have an introduction, body, and conclusion. For instance, if you’re creating an explainer video, you can start with the problem, then the solution, and end with a call to action asking viewers to purchase the product or ask questions.

Next, start drawing your scenes. Wondershare Anireel comes with animation storyboard templates that can help you sketch out your scenes and visualize how they will play out. Also, don’t worry about creating high-fidelity sketches. Just provide enough visual information to describe what’s happening in every shot. Ultimately, your storyboard should read like a comic book. 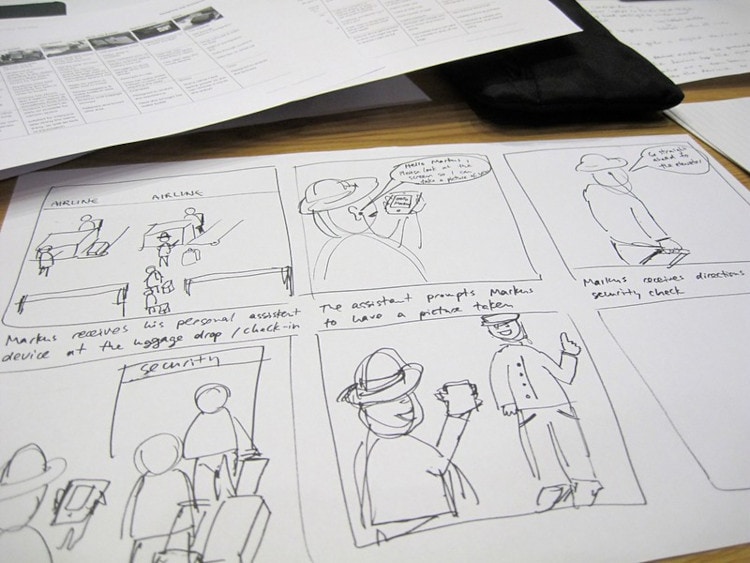 After sketching, add extra details to your scenes. For instance, you can add notes about props, camera movements, angles, and transitions beneath each illustration. These notes can prove helpful during the production and post-production stages.

Finally, show your storyboard to other stakeholders involved in the process. Doing so will allow you to identify and resolve any issues with the storyboard.

How to Create an Animated Storyboard Using Wondershare Anireel

You can easily create an animated storyboard using Wondershare Anireel by following these steps:

Download and install Wondershare Anireel on your computer. Then, launch it and click the “New Project” option. 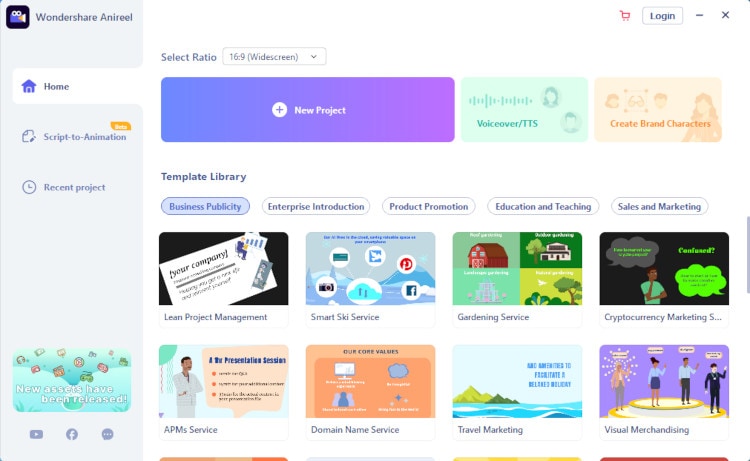 Transfer the illustration or pictures from your smartphone or camera to your computer. Then, click the Import option on the side panel in the new project window to import your illustrations or photos into Anireel. 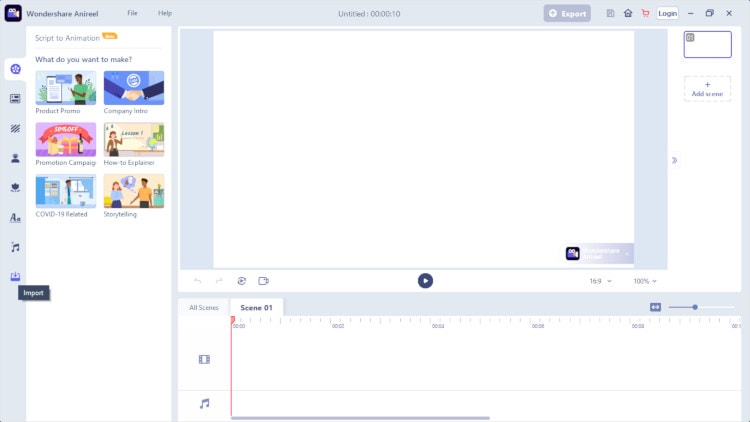 After you’ve imported your illustrations or photos, you can start organizing them. Drag and drop your shots onto the monitor to start laying them out on the timeline. 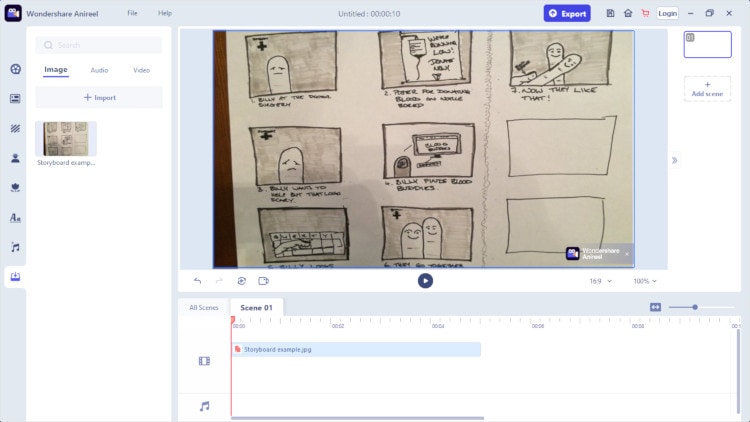 Once you’ve laid out all your shots, you can export your animated storyboard. Click on the blue Export button on the top menubar to save the complete storyboard on your computer.

Whether you’re creating an explainer video to demonstrate how your product works, or a marketing video to promote your product, storyboarding is crucial to creating a successful animated video. Follow these steps to create an effective animated video that captivates your viewers using Wondershare Anireel.

Do you know what type of videos are working like charm these days? No? Well, here we are explaining to you what are the different explainer video types. Also, the 5 awesome tools to create videos like never before

When planning for an explainer video, several options can pop up. It depends upon you which model you find to be the best. Here given the description of the free explainer video maker online.

Can you make explainer videos on your android phone? Well, the answer is yes. Here is a detailed description of the apps that you can use. Check it out..!

Look App Explainer Video No More, Get It Now

You want to know about the working and features of different apps but by not wasting so much time on reading the instructions and benefits then see the animated app explainer videos.

New to online marketing process? Need a DIY explainer video for your business but don't know what it is? Here's everything about it!