What do some anime characters make a lasting impression on the screen? This guide is aimed at an artist beginner who wishes to dive first into the world of creating manga characters.

There are many qualities in which anime can be measured. The art style defines the surface but approachable experience. But it would be anime character design if there were qualities that would be undervalued yet still necessary to express one's ideas on the individual characters.

The design character is the particular art style and character details. This includes the type of body, facial structures, the average body language, and the different clothes, which often define how others feel about a given feature. However, not all are the same. Some character designs shine above the others in the fascinating realm of anime.

My Hero Academy is built into its culture with its anime design.

All people – even those with huge limbs or purple skin – try to transmit as much personality as possible with only a look in a society where heroes compete for popularity and marketability. 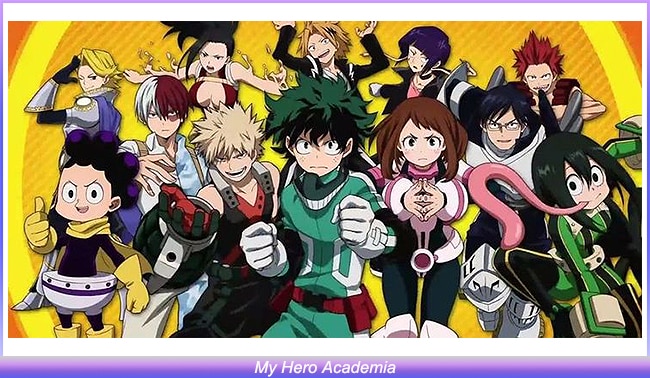 Kyoto animation may concentrate much on high school anime, but its character designs are best utilized through the body's language and minor changes in clothes.

Until the Dragon Maid appeared with Miss Kobayashi. The company's characteristic attractiveness was truly made possible by this series. All of the clothes, colors and even the sparkle of an eye connect amongst the famous dragon girls in this series. 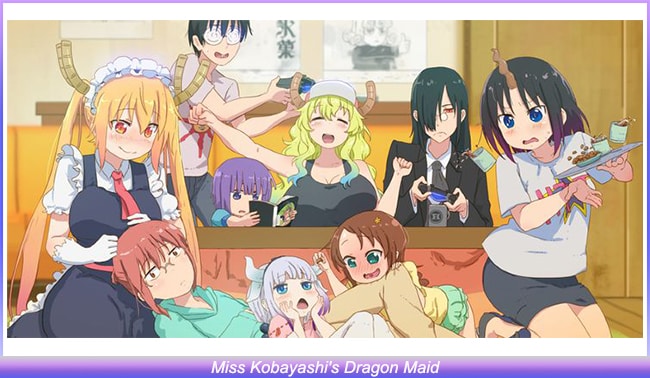 Kill la Kill is an excellent presentation of the art style of Studio Trigger, in particular when it comes to design.

It is possible to feel how stupid Ryuko or how stupid Mako is, and each member of the Student Board looks different. The clothing itself is as colorful and overall as it is fighting. While Trigger is recognized for their animation, even with their frames, they did an excellent job. 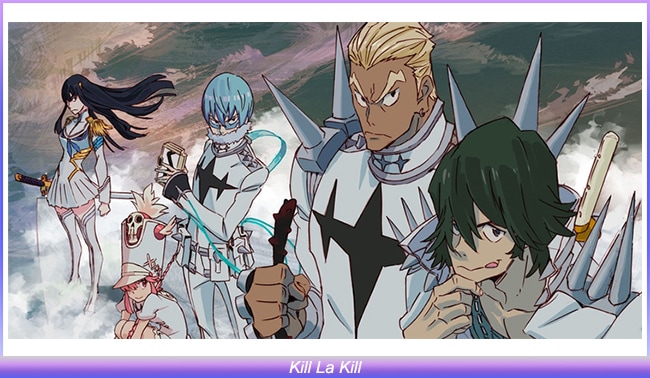 Naruto is probably the best in the band regarding cosplay-able characters among Shonen Jump's renowned Big Three. One piece is colorful yet a bit too cartoonist to please specifics, folks. Bleach has cool work of art but is more inclined to stereotypically sophisticated designs. There are many character designs in Naruto that communicate not just personality but also culture and capacities. 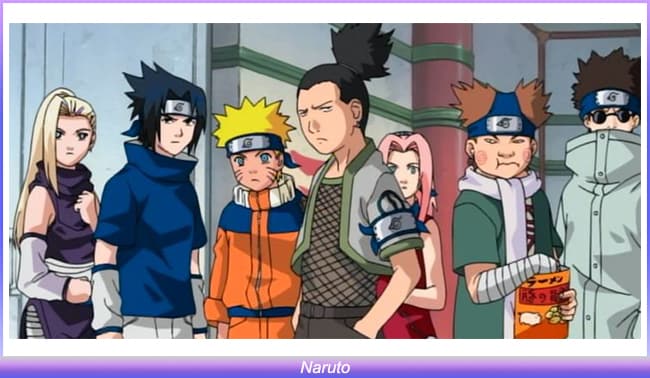 The Monogatari series can be held at a secondary school, but it is imperative to distinguish itself from any other high school animation.

From the extravagant dress of Kiss Shot to the yellow tracksuit and egg braid in Karen or the significantly different looks between Senjougahare and Hanekawa's eyes, even though they are only high school pupils. 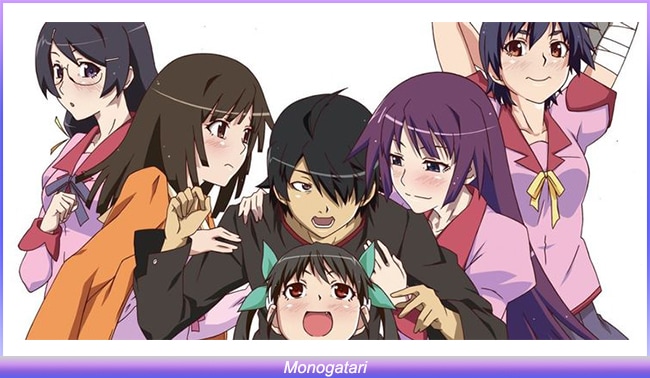 The most outstanding people do not dress like animals, such as Ging's vaguely scratchy look and Pariston's stupidly untouched temperament. This strange yet overwhelming sensation of sumptuous personality design carries with the gloomy aesthetics of the Phantom Troupe. 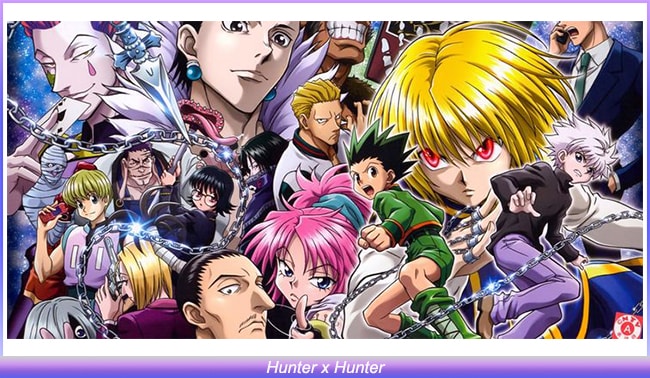 Akame Ga Kill! can be one of the most popular anime series ever discussed by most people. The Storey wasn't horrible, but the way most instant classics executed it did not affect. Nevertheless, because of their stunning style of art and anime character designs, the reason many people watched and remember the series is possibly still today. 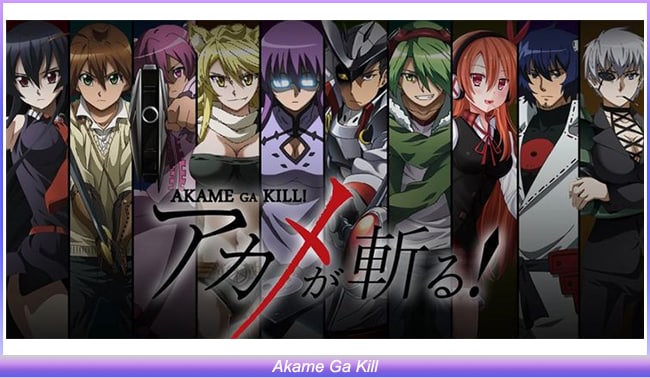 There could be several idolized series with the best character patterns. The idol industry is inherent with its dress and personality to look as adorable but unique as possible. 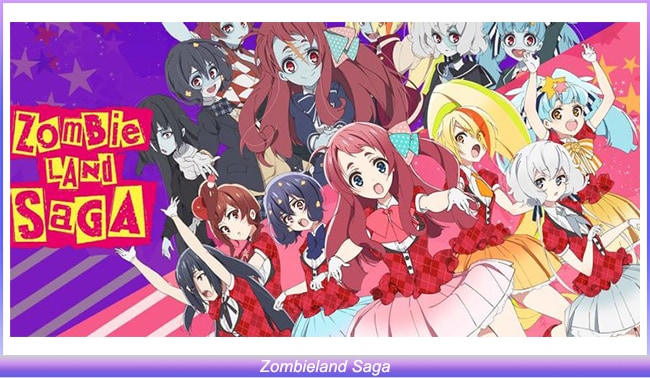 BEASTARS is excellent to start painting fewer human characteristics in the anime industry. BEASTARS could spark an extensive discussion about human shape by using the misery of animal life in possibly Studio Orange's most talked-about works since Land of the Lustrous (another series with wonderful character designs). 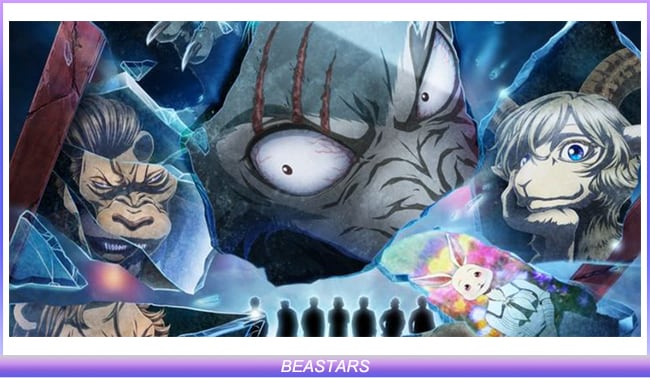 Some people are looking at JoJo's Bizarre Adventure for its Shonen format.

The broadly expressive anatomy in which muscle characters are either buff like a home or slender characters like cranes. Color coding and apparel make it easy to pick and separate anybody instantaneously. 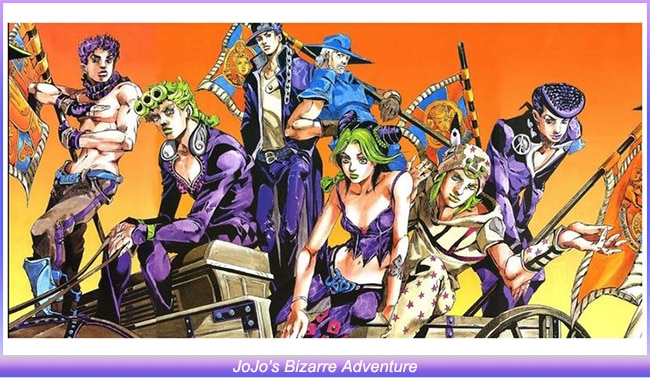 You'll probably have to draw and design at least one protagonist if you are trying to produce your manga or possibly even your own animation.

Even if you feel pretty comfortable with the ability to draw correctly, it can be challenging to develop a character you draw repeatedly. The following guide provides some pointers on the key steps to make your manga or anime.

Choose your character and choose the minimal basic information you will need to convey to the manga or animation viewer. For instance, which apparel or accessories do you need to show who you are best?

You should provide fundamental facts about your nature, such as your age, employment, personality, etc., to design human beings or at least humanitarian. These variables can then be used to guide its design.

Customizable assets and props. Optional import for your pictures, videos, and audio.

Animate anything through enter & exit effects and motion path function.

Draw your thoughts for some preliminary sketches. Take your character to draw whatever you feel best. At least one whole body sketch and a few face sketches close up.

You can draw them near ordinary humans to get a better notion of their size if your character has to be especially large or particularly small.

Use the minimum information you need to draw. Do not complicate the designs. If you feel that your character is too plain, you can easily add extra details later. 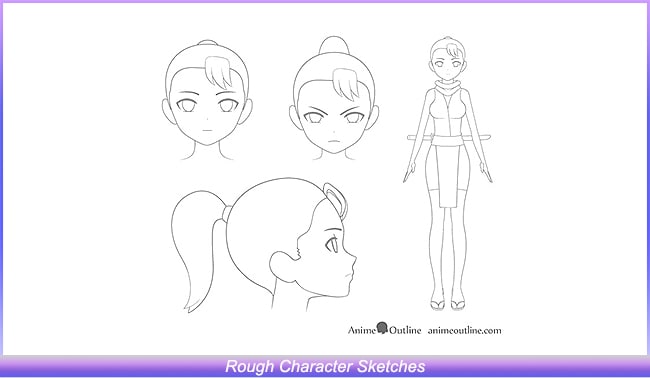 The two sides (unless they are precisely the same) and back views further enhance your idea from the front. Additional views can also be drawn if necessary.

The reason for making these sketches is because your character is entirely designed. You may then use these photographs to create the same character in your manga or animation as a reference source. 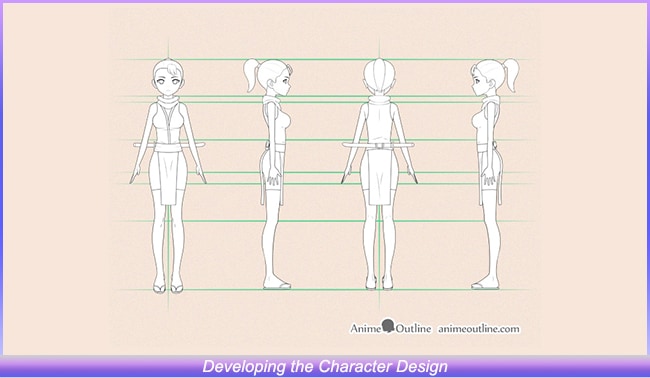 Manga is often black and white, yet color is still applied (cover, for example).

Some hues are better than others. The colors or colors are frequently complimentary on the color wheel (black and white go with almost everything). If you look at the color schemes of popular anime characters, you can often find the utilization of complementing hues. The colors don't have to match exactly the color wheels but can be a color change. 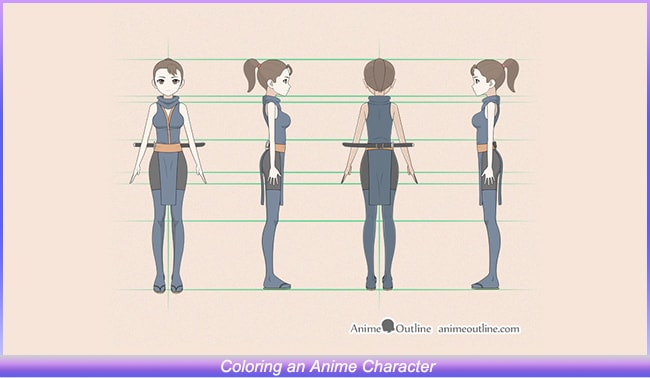 ● To match the Storey design characters. A lot of manga looks generic and is nevertheless extremely wonderful.

● Don't pluck other artists' characters away. It is good to draw inspiration from others' work, but be careful to put your own thoughts in enough.

● Color coding and apparel make it easy to pick and separate anybody instantaneously.

● The exaggerated body language and postures make statues look even harder than they are.