TikTok was in no mood to give up and took a smarter way by changing the voice of the TikTok text-to-speech feature altogether.

What happened next, and should you use the one-of-a-kind voice generator by TikTok? Let's answer all your questions one at a time.

Eager to know how to do text-to-speech on TikTok? Here's a quick step-by-step guide for successful outcome.

Open the TikTok app on your Android or iOS device. Make sure you've updated to the latest version of the app.

You can either record a video from scratch or select a prerecorded one where you want to use the voice feature. 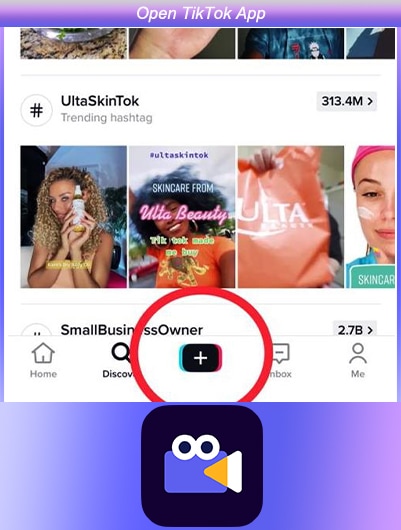 Step3Tap on Text at the Bottom

After you are ready with the video of your choice, the next step is to tap on the text icon at the bottom of the screen. 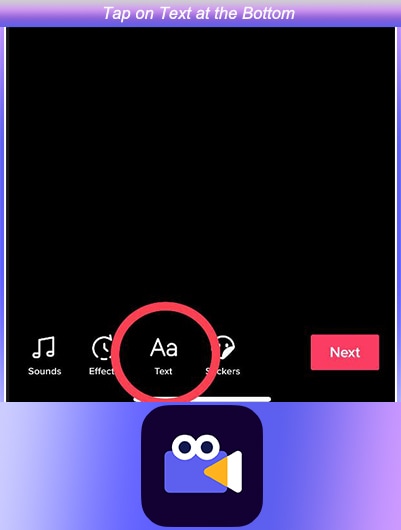 Step4Type the Text that You Want

Next, a text window appears where you can type anything that you want to have in the video. 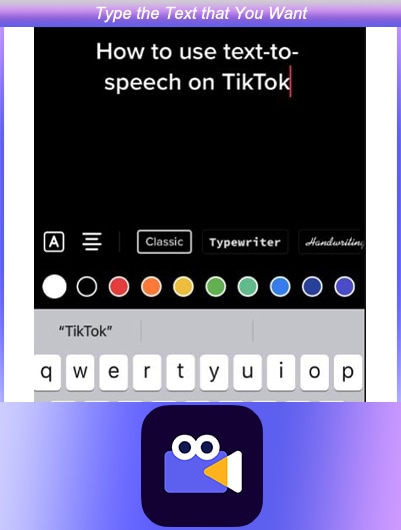 Once you're done typing, tap on the text and hold for a few seconds. A new pop-up will appear with three options: text-to-speech, set the duration and edit. Select the text-to-speech option. 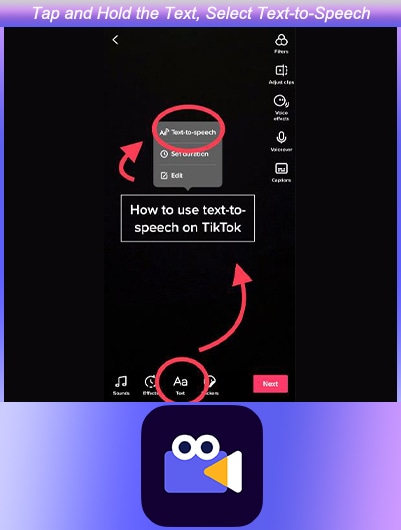 TikTok will automatically convert the text into speech in no time. Later, you can share the video with friends, or locally save the file for creating an interactive and engaging video. 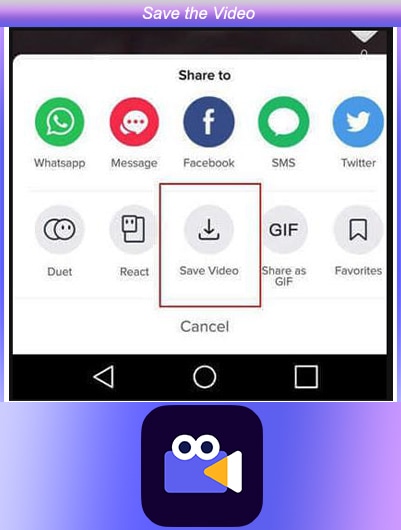 Part 2 Why Did the TikTok Text-to-Speech Voice Change?

After TikTok's brand new text-to-speech voice came into action it became the talk of the town. But, within a span of two months, users noticed a change in the feature and began speculating what could have been the reason? Was TikTok trying to experiment with its new launch or did the story run deeper than the surface?

Well, the alteration in the feature was due to three important reasons:

The parent company of TikTok- ByteDance hit the headlines this year because of its new text-to-speech TikTok feature. Apparently, Beverly Standing who happens to be the original voice of the feature claimed that the company was using her voice recordings without seeking her permission.

2. Catching up with evolving trends

Unlike the previous voice, the new text-to-speech voice is more animated and has a goofier side to it. So, it can be assumed that the move of the TikTok is symbolic of how it remains updated with the latest emerging trends of the world.

3. Brining something different to the table

We know Beverly Standing is the famous original voice behind Siri, right? However, with all the trouble that's in the line, TikTok decided to bring something different to the table with a creative flair. The new voice is sweet, subtle and something that the company thought would connect with most of its loyal fans.

The change was heartbreaking. It wasn't easy for loyal TikTok users to see what happened. The amazing voice that they were using for a few months suddenly was replaced, leaving them in utter disappointment. Some users also complained that the new voice sounds more like the Grammarly ads.

Part 3 TikTok Users Hate the New Text-to-Speech Voice Change? and How About You

Here's a sigh of relief to the users: unhappy with the new text-to-speech voice change? You can change the entire feature in no time.

Part 4 Would It Be Possible for TikTok to Combine Text to Speech to Animation?

If you're inclined towards combining the power of text-to-speech conversion in alignment with animations then TikTok is worth a consideration.

On the other hand, things can take an easier turn with Wondershare Aniree Data- an all-rounded tool committed to animations!

Anireel isn't a regular text-to-speech voice generator, rather it's a professional app with advanced learning capabilities. You can insert an entire video script and the tool's modern mapping system will convert it into speech and also match it with pre-designed animated videos. What's more? You can create custom animated characters that would lip-sync according to the converted voice.

● Convert texts into scripts and also introduce animated characters whose lip movement will be synchronized as per the script.

● Work and test several video ideas, to check how the final result would appear.

● Upload the file on TikTok and boost your profile with creative and original content.